Following the 1870 Elementary Education Act which stated that all children between the ages of 5 and 10 years should be in education, an Elementary School was built on the south side of Town Street at the west end of the village and opened in 1876.  It was built by subscription to house 90 boys and girls, but up to the early 1900’s only saw 60 children in attendance.  On 28th December, a meeting was held to discuss how to finance the running of the school.   It was decided that a rate of one and half pence in the pound be put on ratepayers.  The school was run by a group of Managers elected from the Church, with the vicar as chairman.

The building was single storey and built of stone with a slate roof.  It stood at the rear of a plot of land with a playing area to the front.

A newspaper report taken from the Stamford Rutland Guardian explained what happened at the opening ceremony when it took place on Tuesday 8th August 1876.

“Full choral service was held in the parish church at 12.30.  Sermon was preached by the Archdeacon.

The clergy then formed a procession to the school followed by the church choir and the congregation.

The service for the opening of a Church of England school was then gone through after which the Archdeacon declared the school open.

During the afternoon 300 adults sat down to an excellent tea to which ample justice was done. The Nassington brass band discoursed sweet music in the grounds (of the Vicarage).

On Wednesday the children (200 in number) assembled at the school and marched with their teachers to the vicarage to partake of an excellent tea, given by the Vicar (The Revd H S Bagshaw) in commemoration of the opening of the school.  The Nassington Band again enlivened the proceedings.

Residents in the neighbourhood were present and greatly assisted in amusing the children.

Cricket, bat and ball and numerous other games were indulged in, and some racing and jumping by the boys were well contested.

At 8.o’clock the children again partook of refreshment, during which time preparation was being made for a display of fireworks; these greatly delighted all present, and at 9.30pm they were dismissed after giving hearty cheers for the vicar and Mrs Bagshaw’s family for the kind entertainment in which all had greatly enjoyed themselves.”

Although the school started in 1876,” Childrens” details did not appear in a Log Book until 27th July 1891.  The Book would be in use for nearly 83 years as the last entry was made on the 8th January 1974.  In the early days, the majority of 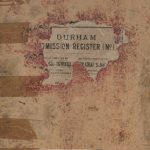 the children stayed at school until they were 14 years of age.  Certain years of this Log Book can be viewed at Northampton Records Office.  As you can imagine, the book is in a delicate state and many of the pages are taped together.
William Lucas was the first teacher at the school, but by the time the Log Book started it was a William Cummings.  It was not until 1921, when Mrs Rose was the teacher that a school house was provided for the head teacher.   Lord Brassey of Apethorpe Hall, gifted a stone cottage named ‘Vine Cottage’, which was situated next to the school, to the Church Governing School Body.  Although there is no school now, this cottage is still in the hands of an Ecclesiastical body.
It first became apparent in 1894 that the school was not large enough to house all the children satisfactorily, so tenders were called for by means of a newspaper advert in the Stamford Mercury for a contractor to apply to build another classroom for the infants. This was finished in 1896, and the new classroom was opened on the 27th September with a tea party and 140-150 children and adults celebrated this event.   It would be in 1936 that the Council called again for contractors to make some repairs and alterations to the school. Previously the school toilets were outside, but in 1955 it was decided that the school office be converted into a toilet, bringing the boys’ toilets inside.
In addition to the head teacher, a junior teacher was employed in 1920, Miss Ethel Black of Nassington.  She stayed with the school until she retired in 1953.

When the last teacher, Pamela Darvill arrived in 1966, she produced a report on the state of the school and the building at that time:

Fuel for these stoves were kept in an old farm dovecote/shed between the school and school house.  The girls’ outside toilets were scheduled for moving into the main building in 1967 (See plans below).   No school meals were provided at that time and the school had no telephone.

Pamela Darvill was the head teacher but the school also employed a caretaker, who at the time was Mrs Nellie Compton from St Mary’s Hill, but Mrs Margaret Pridmore took over the following year.  Mrs Davies was taken on as an assistant teacher at a later date.  Children in school at that time amounted to eighteen.

A May Day celebration was held every year and this included a parade of the May Queen and her attendants and all the school children and parents down Main Street and back to the school, where activities such as country dancing and maypole dancing would take place.  (May Day Celebrations)

The village started to change in 1950 with house building, and over the next 40 years several developments appeared which brought many additional families to the village.  This in turn increased the number of children attending school.  It was recorded in 1973 that 13 children started that year.  Unfortunately, these numbers were not sustained, and in the 1980’s the numbers started to drop considerably, and with the impending retirement of Miss Darvill, the Education Department at the Council decided to close the school in 1990.

Subsequently, the school building and land were sold and several years later a house was built on the site.

During the 114 years that the school had been open, fourteen head teachers, one/two junior teachers and several caretakers, together with around a thousand children had passed through this school.

Plans from the 1966 renovations 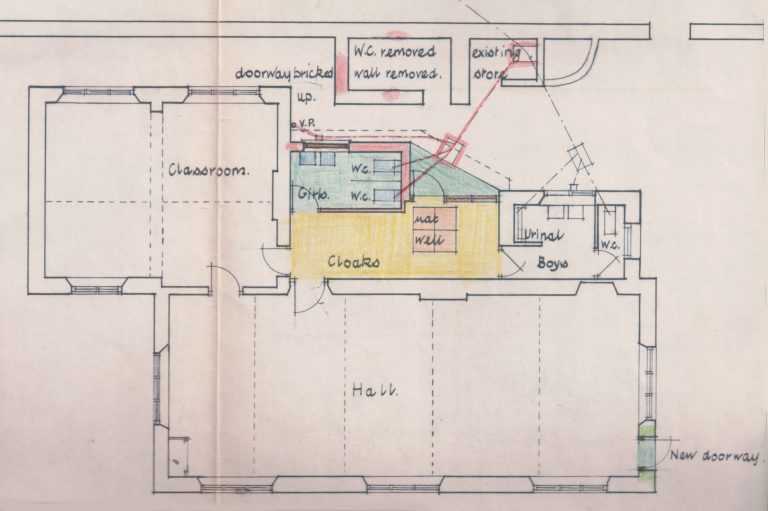 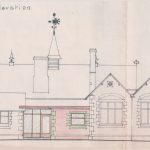 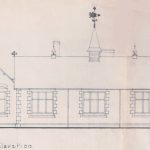 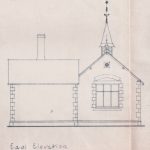 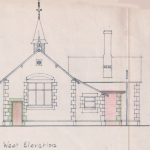