Mr Henry Leonard Campbell Brassey MP purchased Apethorpe Estate in 1904 from Lord Westmorland, and with that ownership came the Patronage of St Mary’s Church of Woodnewton.  The 12th century Parish Church of Our Lady was in a lamentable state of decay, so he made the decision with the Revd Alfred Bagshaw, who had recently taken over the Living from his father, (previously the vicar of the Parish for 35 years), to thoroughly restore the Church back to its former glory.

Brassey appointed Mr Bassett-Smith of London as the Architect and Messrs S F Halliday of Stamford as the Contractors and work began in October 1909.

A new roof was placed on the Church, the oak beams coming specially from the New Forest in Hampshire.  The walls were stripped of their plaster and the stone work re-pointed.  During the removal of the plaster from the wall in the South Aisle, a very fine 13th century window was discovered.  Mr Brassey ordered that this window be filled with stained glass representing “The Good Shepherd”.

A new floor of wooden blocks was laid down in the main part of the Church.  The 17th century oak pews were all removed and temporarily replaced by chairs.  A new heating apparatus was installed by Messrs Amies & Son.

Brassey had not intended to restore the Chancel at the time, however, as a personal friend of King Edward VII, who died on the 6th, May 1910, he decided to do so in his memory and a plaque (slate with marble surround) was installed to mark the completion of the work.

Brassey commissioned Maurice White of Cromwell Road, Peterborough, to carve the label terminals with heads of King John and Bishop Chichele.  The Chancel had a new oak roof fitted and oak choir and clergy stalls.  Oak panelling was inserted around the walls to the base of the windows.   The flooring was laid with oak blocks.

Other renovations were discussed but never carried out; an iron gateway in the South porch was one of these.  It was hoped that with the aid of the parishioners a new organ to lead the services when the Church reopened might be installed.  However, in the event, the installation of a new organ did not take place until 1915.

On Saturday, 12th November 1910, the Church was full with parishioners and other dignitaries.  The Bishop of Peterborough took the chief part in the impressive service of re-opening to mark the renovation of the Church. 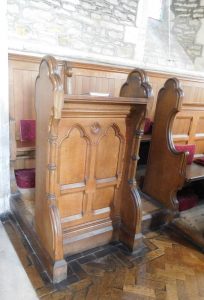 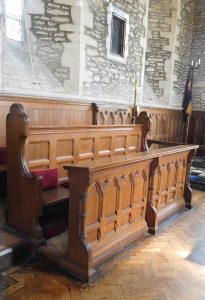 These pictures show the clergy stall and choir stalls along the north wall of the chancel.  There are further choir stalls alogng the south wall too.  The carved pattern mimics the lancet window shape.

Note the oak panelling that lines the lower part of the wall up to the window base.

You can also see the oak block flooring which is laid in an herringbone shape. 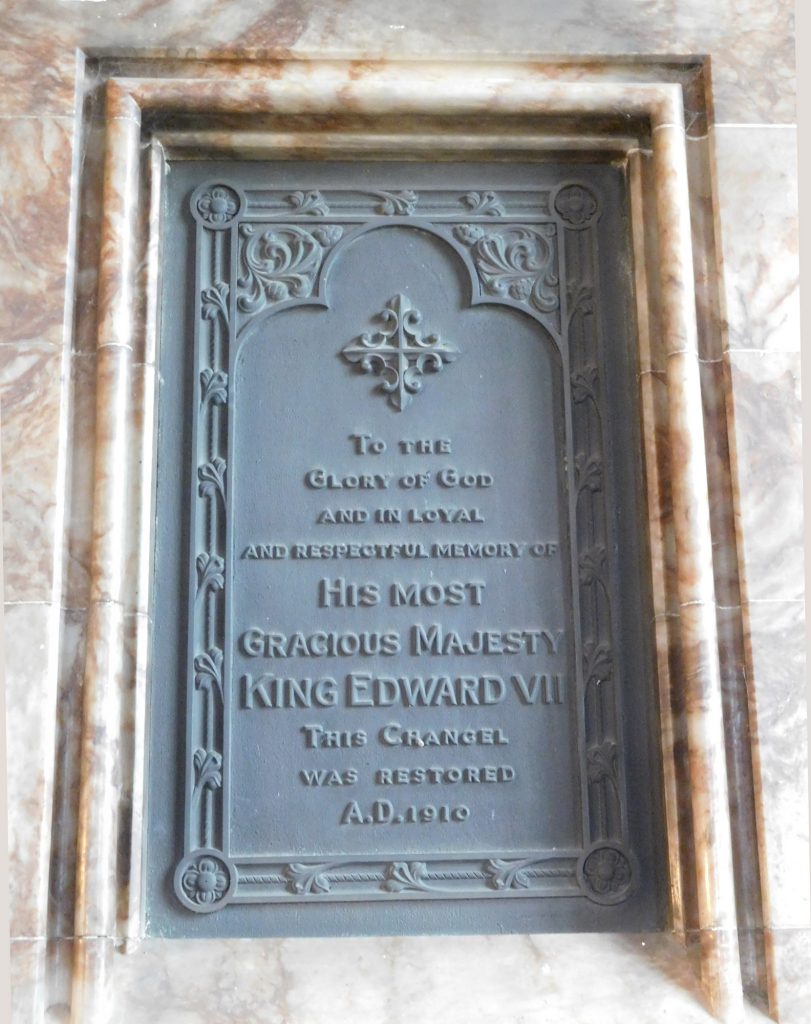 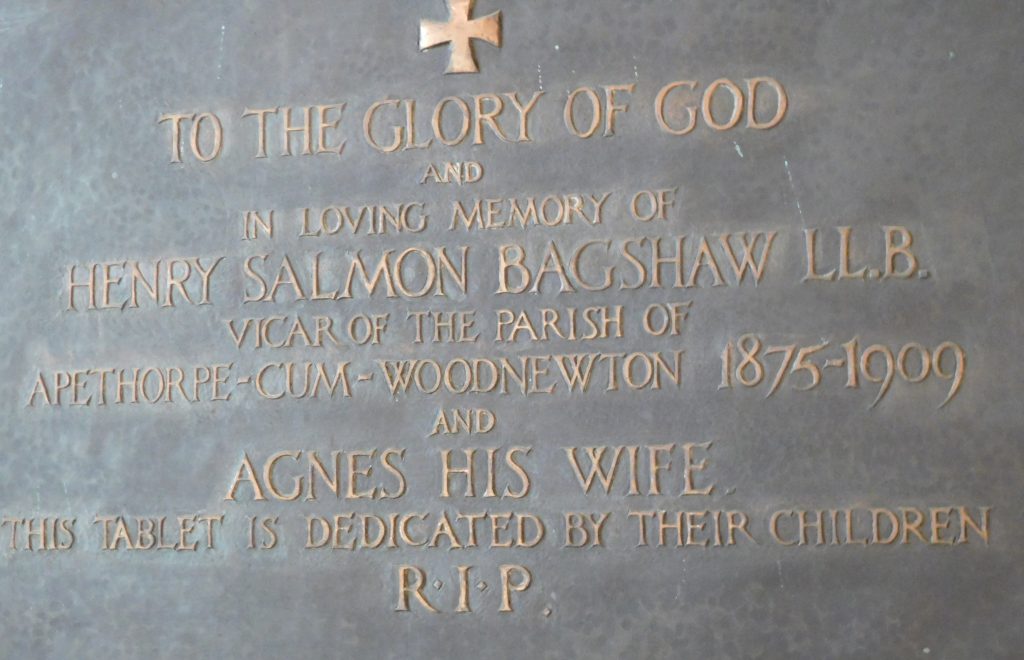