The Landin Family by Douglas Landin

I’d like to start by explaining why I started researching my family history and that is simply that I was left my Great Grandfather Strickson Landin’s pocket watch when my father passed away.  At that point in time, I have to be honest, I had very little knowledge of my Landin ancestors; in fact I only knew of thirteen Landins by birth. However since that time I am pleased, with not only the amount of information I’ve managed to gather, but also, and probably more importantly, the new friends and family I have found/made.   Another very enjoyable aspect of tracing my extended family, especially in the UK, has been the wonderful villages I’ve read about and/or visited.  Woodnewton is one such village and I have to say it is well worth a visit.

Anyway my main focus, to date, has concentrated on my GT GT GT Grandfather John Landin.  John was christened  on 11th September 1775, in Glatton Huntingdon, (AKA John Landon or John Landen).  I believe that John then moved to Woodnewton, where, on 7th January 1804, he married a widow, Alice Shelton (nee Bird) in Woodnewton.

John and Alice had four sons, who were all born in Woodnewton and all married Woodnewton girls .

On various censuses the occupations of John and his four boys were shown as gardeners/market gardeners/farmers – so land workers.  By the 1851 census, John who was a widower by that time was living with his son George. John died on 8th May 1852, and is buried in St Mary’s churchyard.

William, born 15th October 1804, married Alice Baxter on 28th April 1835. She was the eldest child of John Baxter, who farmed at the property now known as Broughton House in Main Street (Town Street). One of Alice’s sisters, Sophia married into the Barfield family, who lived next to the White Swan. 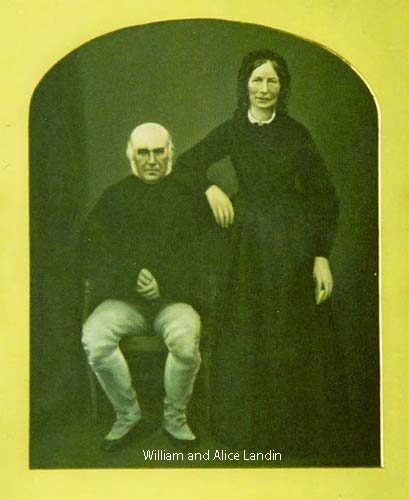 William and Alice had eight children; six of them died in Woodnewton and are buried in the churchyard, whilst Henry, emigrated to Mississippi in 1868 and his family stayed in the USA. William became the Village Parish Constable, but died in 1878. By the 1901 census, Robert (seventh child)and his family had left Woodnewton and moved to Kimbolton, Huntingdonshire, where he owned and ran a grocer’s shop in the town.

2. George, born 27th September 1807, married Mary Strickson on 9th April 1839.  According to the 1851 census, George, was a gardener, and his family were still resident in Woodnewton at that time, but William, their ninth child who was born in Woodnewton in 1852, died in Gainsborough in October 1854.  So this shows that the family must have moved to Lincolnshire sometime between April 1851 and October 1854.   George died in 1861 and Mary, 37 years later in 1898.

3.  Robert, born 8th May 1809, married Jane Frances Mould in August 1838. They lived in Town Street, now Main Street, Woodnewton  Robert and Jane’s first two children, Jane Elizabeth and Robert were born by the time that they had moved to Stable Yard, Apethorpe in 1846.   They went on to have four further children at Apethorpe.  The 1851 census informs us that Robert was a master gardener employing a man and boy.  Jane died in 1858 and by the 1861 census the family was living back in Woodnewton in Hare and Hound Place (now known as The Pound).  Robert died in 1877.

4. James, born 15th August 1812, first marriage was to Sarah Strickson on June 8th The marriage didn’t last for long as Sarah died later that year and was buried in St Mary’s churchyard, Woodnewton on 7th October 1835. 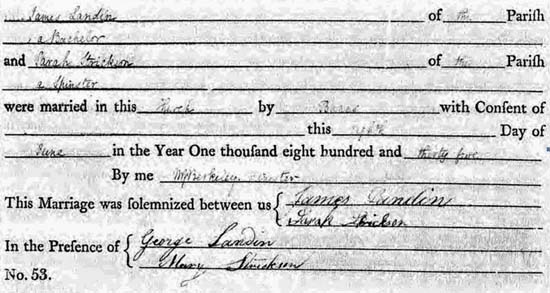 James and Mary had twelve children, but four of them died before they reached the age of 15 years.  However, their last son Joseph Henry, born 1860, became one of the members on the first Parish Council which started in 1894.  He was voted as Vice Chairman, and served until 1898.  By the 1861 census James and his family were living in Hare and Hounds Place, nearby to his brother, Robert. James died on May 18th 1874 and Mary on 9th March 1886.

To date, from these four sons, I have identified 737 descendants.

I am a descendant of George and Mary, and this couple had eleven children between 1840 and 1858.  Unfortunately, three maybe four died within the two years of being born, but as I have found out since this was not uncommon at that time.   One of their sons was Strickson, who was born in Woodnewton on July 13th 1848, and he married Sarah Grace Otter November 2nd 1876 in Bolton, they had five children. 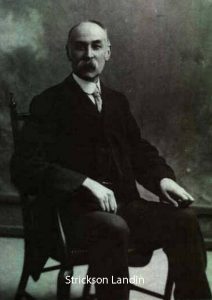 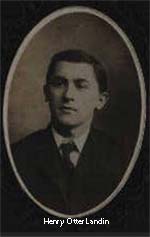 Henry Otter, one of  Strickson and Sarah’s children, married Annie Mabel Otter on 17th February 1919 in St Albans, Hertfordshire and they had two boys. 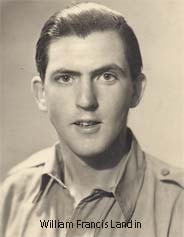 One of Henry’s son’s was my father William Francis Landin, born on 29th October 1920, in Rochester, New York.  William Francis married Olive Topham on August 18 1945, in Stockton on Tees; they had three children one of which was me Douglas HG Landin, and the rest as they say is history. 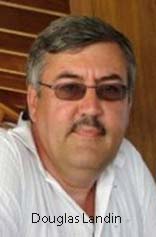 I would however like to make one request in as much as if anybody who reads this has any information/photographs about any Landin, I would be very grateful if they’d get in contact with me: douglaslandin@btinternet.com.