So, what is a yard?  A dictionary reference tells us that “A Yard is an area of land immediately adjacent to a group of buildings.  It may be either enclosed or open”

There are several groups of houses in Main Street (previously known as Town Street) built behind the main properties which front the road.  We must presume that these were known as being in ‘Yards’ ; the name of the Yard having been taken from the name of the person who lived in the front house.

It has been difficult to trace the whereabouts of some of these ‘Yards’, as there are no surviving residents who could have helped us with our research.  Therefore, we have had to rely on the relevant censuses to ascertain the whereabouts of these places

In Woodnewton, the numbering of houses in the village did not take place until the 1970’s, so  the early Electoral Rolls only confirmed the names of people who were living in the village.   We have had to rely on registers (Burial Registers,  1939 Register, the school log book) and newspaper cuttings.

This address was first seen in the 1881 census and Wallis Fox, one of the people living there, was a Bricklayer.  No further information on the exact location  has been found.  However, it should have been somewhere down towards the southern end of the village, where the bricks were made.

The  Bullimore family was first recorded in Woodnewton in the  1700’s.   The last  Bullimore to appear on a Woodnewton census was a Robert Bullimore  in 1841. By 1851 he was living in Oundle at the Union Workhouse and died  in 1872,  However, it wasn’t until 1871 and then again in 1891 that Bullimores Yard  appeared as an address in the censuses.

So, did another Mr Bullimore own some land or property in the village? Our research took us to a newspaper cutting  from the Northampton Mercury, dated 29th August  1874, of a court case between Desbrow and Landin. A Mr Bullimore was brought to court as a witness because he was a previous owner of the house and road in question.  This was Franey House, the dovecote and land behind.

I think we can safely say that Bullimores Yard referred to the area where houses were situated on the south side of the road at the back of Franey House and Chapel Cottage (now Cairn Cottage). 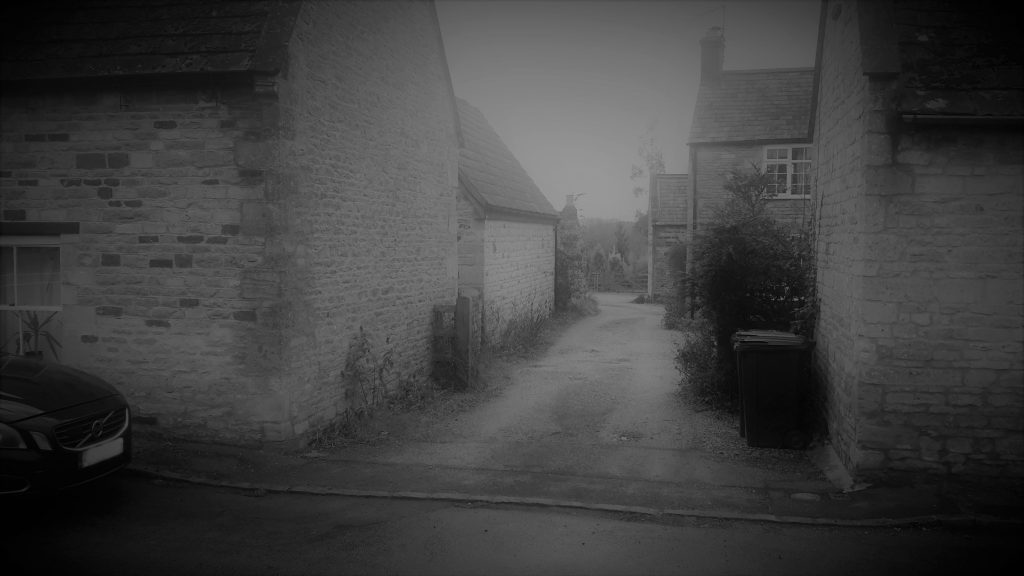 But why was the Bullimore’s Yard name not used in the 1881 census?

Records show that the King’s lived in Woodnewton back in the 1600’s, and at one time, a John King was the village baker.  The last member of the King family to live in Woodnewton was another John King  and he died in 1890.  However,  the name King’s Yard only appears for the first and only time in the 1891 census, so was the group of houses where he lived given the name in his honour?

Looking at a couple of John King’s neighbours in 1881, they also appear in the 1901 census under Parsons Yard.  We must therefore deduce that Kings Yard became Parsons Yard. 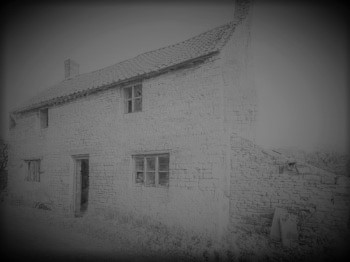 A pair of semi-detached cottages stood behind the main house, which was on the south side of Main Street next to Broughton House.  There was also another dwelling attached to the back of the main house.

The first time we see this name as a ‘Yard’ is in the 1901 census.  However, the Parsons family had lived there for some twenty years by then.  Watson Parsons,  who was the enumerator for the 1901 census and also Parish Clerk, could have decided that it made his life easier for the recording of the people living behind him, and took the decision to call the group of properties as ‘Parsons Yard’.

Watson Parsons was one of the first members of the Parish Council in 1894 and also took on the work as Parish Clerk, but  in 1901 he had to resign from the Council as they were notified that a paid Parish Clerk could not stand for Council as well.  As well as being a Market Gardener, Watson was also the ‘Carrier’ to Oundle on a Tuesday and Thursday.

Although the Parson’s family left Woodnewton  in 1913, the Yard name still existed  in 1939 as it was used  in the Register that was compiled at the start of World War II. 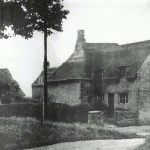 There are three families listed as living there: Smiths, Hulls, and Gilberts.  We know from Mary Hollowell’s Memories that she lived in the cottage which fronted Main Street with Granny Smith opposite Hill Tree and that there were two houses behind. So we can confirm that this area must have been Smiths Yard.

This Yard refers to a group of houses that were situated behind  Spinney farm house now named ‘Homestead’, which is on the south side of Main Street opposite the gardens of the old Horse and Jockey public house now called Oliver’s Folly.

This plaque was removed from the wall of a building attached to the Spinney Farm house in 1971/72 when some improvement work was taking place.  This informs us that there was a William Strickson living there as far back as 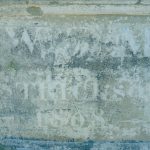 1808.  He was a Harness Maker and the plaque could have been displayed on his workshop from where he ran his business.

The last time Strickson’s Yard was used as an address in a census was in 1901 and there were four families listed as living in this yard.  We know that a couple of families were still living there later in the 1940/50’s as Peter Quincey remembers them in his memoirs.

By 1886, William, who was the son of the original William Strickson had died, so that was the end of the family in Woodnewton.  However, descendants of the Stricksons can still be found in the area.